ACT! In The Cloud 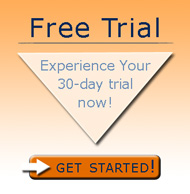 ACT! in the Cloud

Microsoft has designed a product called Remote Desktop Server. When a user logs into Remote Desktop Server (aka RDP or Terminal Server) they receive a virtual desktop that loads on top of their regular desktop (Simply looks like another copy of Windows). In this virtual desktop, the user receives an entire new set of applications such as Act!, Office or whatever else the company would like to install for them. So to clarify this point, Act for Web is Act running inside your Internment browser and should not be considered Act in the cloud.

Reasons To Consider ACT! in the Cloud 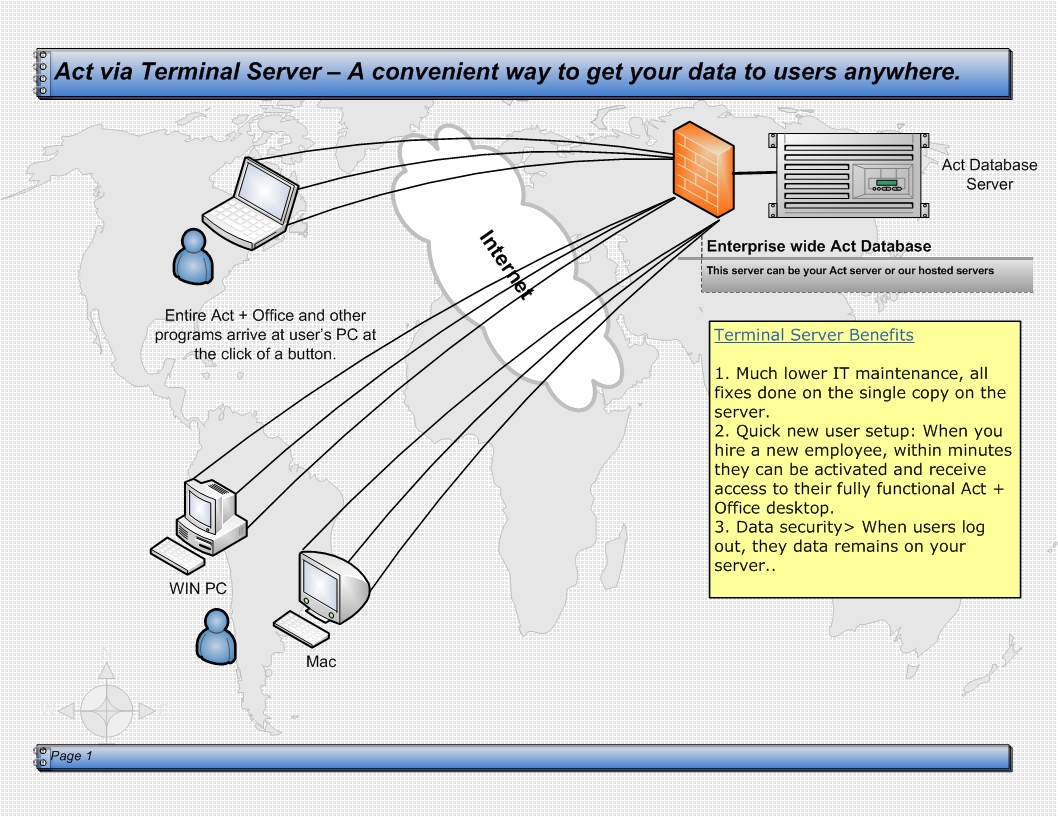 So what are the benefits of Remote Desktop Server? There are a number of benefits that I would like to cover. I have added a few, certainly not all, in the next few paragraphs.

The first is that an employee is not restricted to work only at their office computer. They can easily login from home or anywhere on the road with a good internet connection.  With this said, it is a very cost effective way to have distributed users logging in from anywhere in the country or world.

Ease of support and costs reduction.

The Remote Desktop is easier and cheaper to support that the typical network. All the support is done right from your IT staff’s  desktop so no one has to travel anywhere (you don’t even need a remote support package such as GoToAssist) .
What is fixed for one user is fixed for all (even such things as Patches and Hotfixes only need be done once)
Also, another money saver is that your employees can use older PCs since all the processing is done on the server. Technically, your employees are only seeing 'screen changes' of their programs so that RDP can work well even on less than ‘blazing’ fast internet connections.

Another benefit is the quick deployment of new users. After the initial server set-up, adding new users takes only minutes. Picture the typical method of adding an employee in which the new PC may have to be setup by IT and then possibly shipped to the user. Here, the Act desktop & MS office are already configured and waiting on the server. We simply send them the login info and the can get to work in minutes.

Security, of course, is another big concern for today’s business owners. All your data is located on the server as opposed to individual desktops and laptops. The security can be set so that the users can only use the data inside their RDP desktop and are not able to take the data with them.

And that's not all.

There are many more benefits to ACT! In the Cloud, but suffice it to say this approach is relatively inexpensive in comparison to many other methods of extending your enterprise beyond your 'four walls'. Please feel free to call us @ 800-550-4647 or Click Here to Contact us.